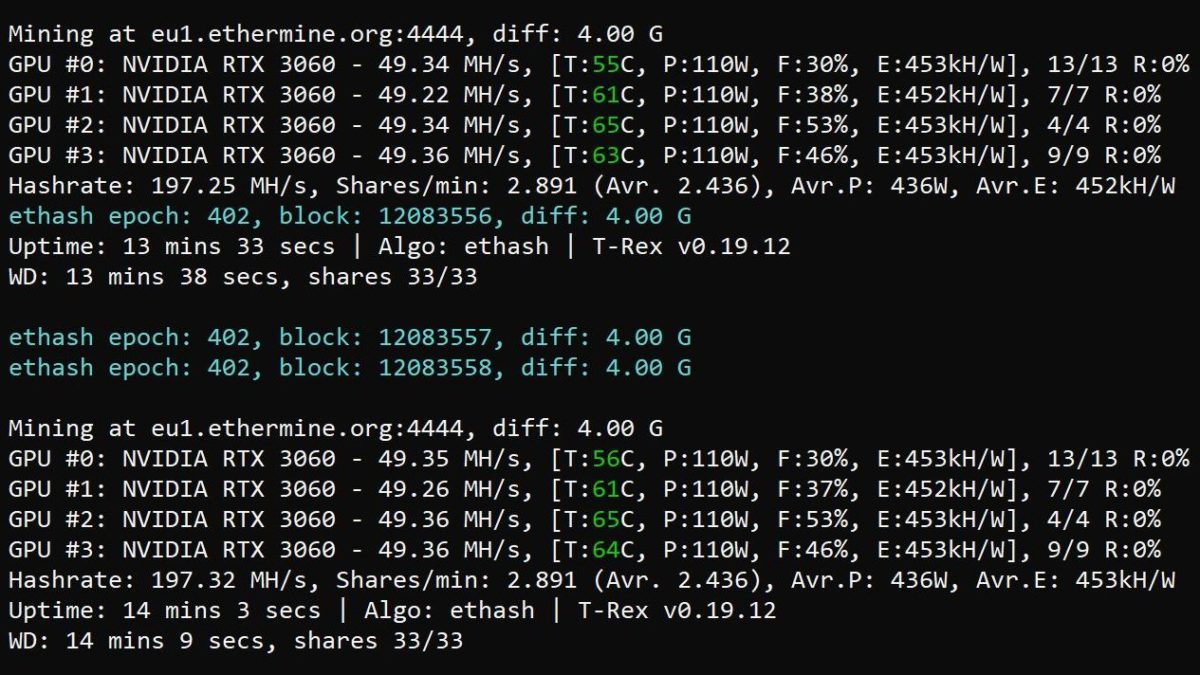 The list of key components to work the card without blocking:

In view of the features we shall specify what we need to collect RIG on several cards.

The number of risers and HDMI emulators can be smaller than the video card, as a monitor can be connected and a video card can be inserted directly into the motherboard. Before purchasing a motherboard and CPU, make sure that they support at least PCIe 3.0 8x for each video card. 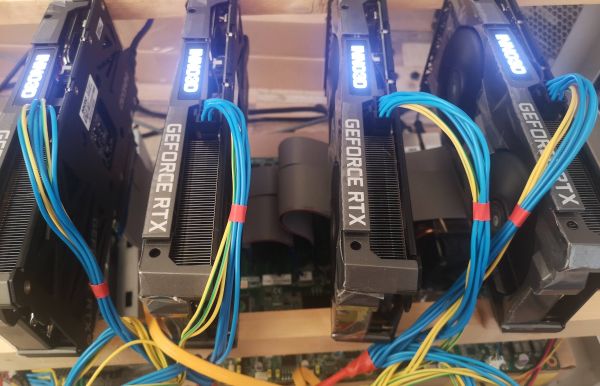 Here is an example of a 4-card RIG RTX 3060 with unlocked hashrate.

At the time of writing, the farm was operating steadily for more than a day with 197 MX/s hashrate, consuming about 565 W. Another PCIe x16 connector is free. 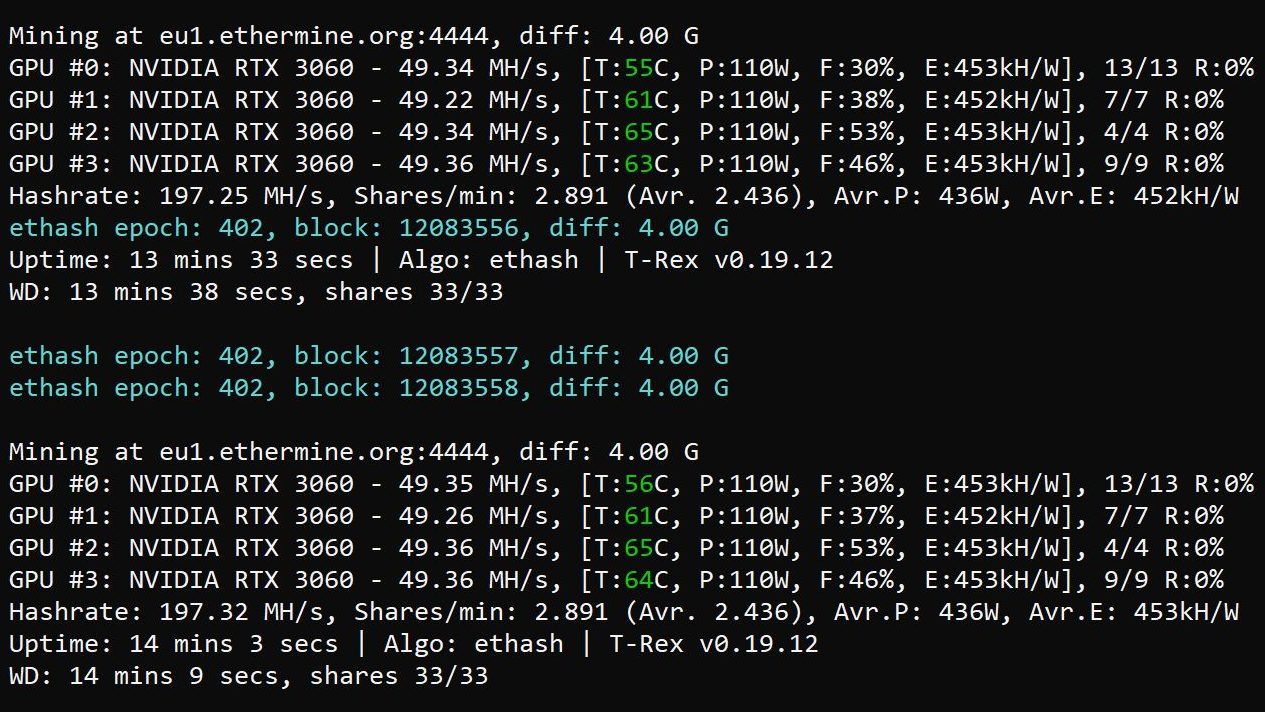 By default this motherboard with 4 cards does not start, it is necessary to enable the Above 4G Decoding option in BIOS. Also in BIOS you need to switch PCI Express from version 2 to version 3 for all video cards.

A couple of words about the prices of RIG: used motherboard+CPU+cooler+memory cost only $110, risers for $5, adapters HDMI for $2.6, used power unit – $110, used rack – $9. Everything was bought at the place in Ukraine, on Aliexpress can be cheaper. 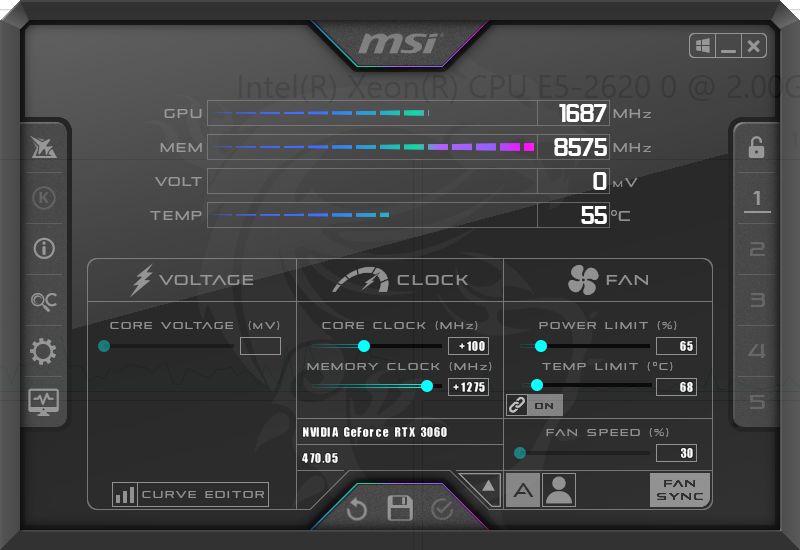 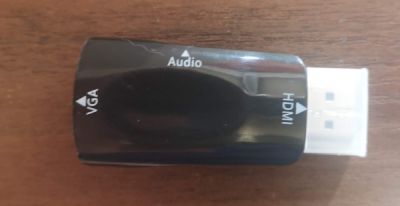 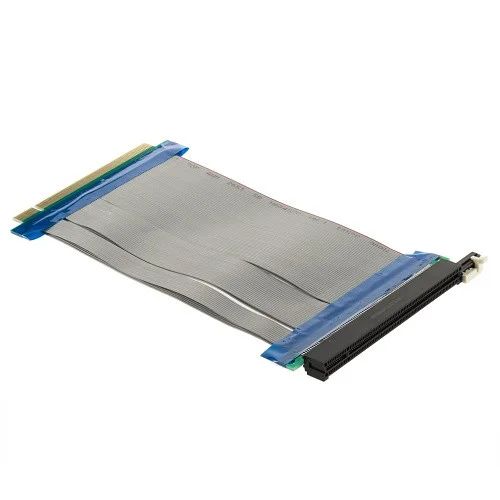 Example with maximum RTX 3060 on the RIG

An interesting fact is that the CPU has 40 PCIe lanes, but the motherboard essentially doubles the number of lanes for a video card to x16/x8/x8/x8/x8/x8/x8/ = x64. The PCIe work diagram and the specification reference are listed below. 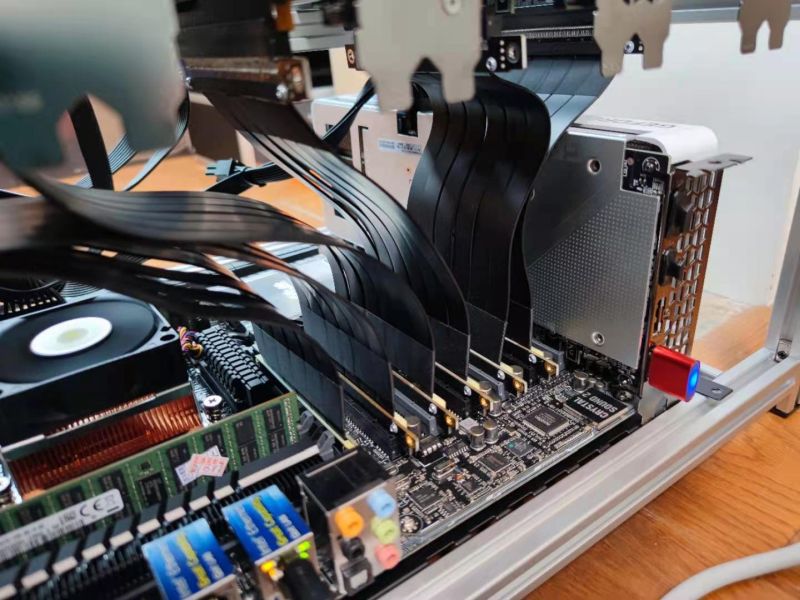 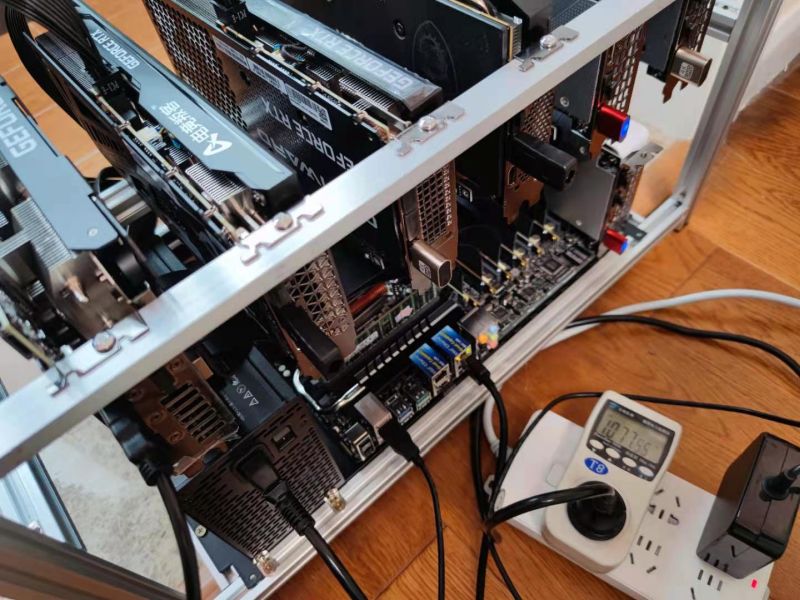 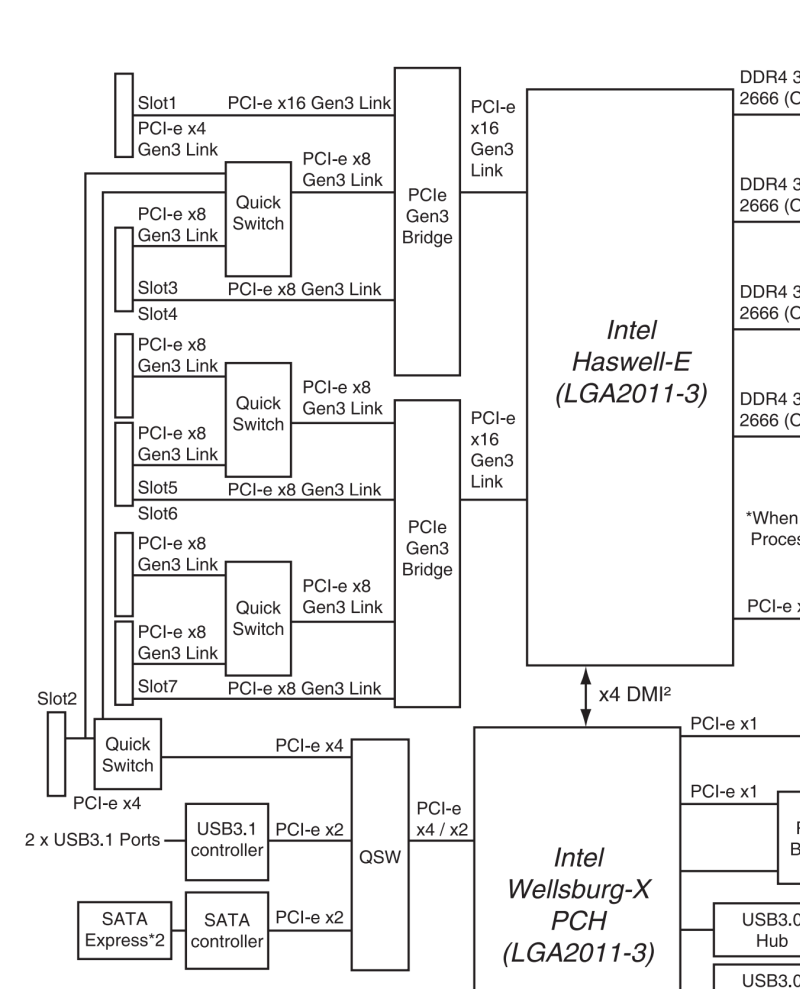 Ethereum Mine Unlock on RTX 3060 not working

Several tips how to check that everything is configured correctly in case RTX 3060 still continues to mine at half power.

Use the GPU-Z to make sure that the correct version of drivers (470.05) is installed and that at least 8 PCIe 3.0 lanes are used for each card. Watch the number of lanes and the PCIe version under load (mining). In idle video cards go to energy saving mode. 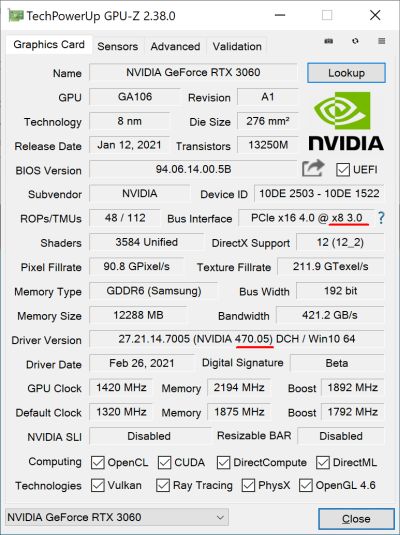 When connecting HDMI adapters in the Device Manager “Generic PnP Monitor” should appear.

How to choose a motherboard and a CPU for the RTX 3060?

Ensure that motherboard supported at least PCIe 3.0 x8 for each card.

Consider specification the above Advantech ASMB-822:

All five cards are gonna work.

Another example is a special motherboard for mining ASRock X370 Pro BTC+. 8 x PCIe x16, 6 x mining ports, but no ports with 8 lanes:

In this motherboard, no RTX 3060 will work at full capacity.

And an example of ASRock X370 Taichi.

You can run two video cards on it.

Please leave your questions in the comments.